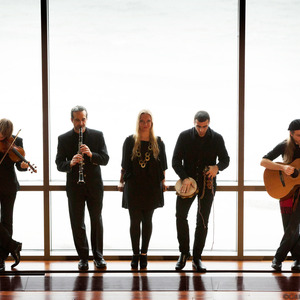 Voci Angelica Trio is an international band with members hailing from three continents. Listeners describe the music as "a haute folk sound that mesmerizes and enthralls," where each note "sears itself into a goosebump on your arm."

The trio's self-titled EP and second album, "Taking Flight: Live from Japan," both invite listeners to journey through unfamiliar musical landscapes. As Voci continues to unearth musical gems, its musicians have become more attentive to the current situations in the diverse countries they explore. Live performances are a celebration of the group's cultural wayfaring, showcasing the differences and similarities of our shared humanity. In 2017, the trio joined the roster of the Boston Celebrity Series Neighborhood Arts Program which presents free concerts for local communities. In 2013, the trio won an Iguana Music Fund grant from Club Passim to purchase a sound system for their school educational program with Young Audiences of Massachusetts. Voci Angelica's mission has also led to the USA's East Coast, Midwest and Southern regions; Canada; Japan; and South Korea.